News:
No ticker items found...
[back]

When disaster strikes the FFB is ready to act, providing emergency aid, coordination and reconstruction. 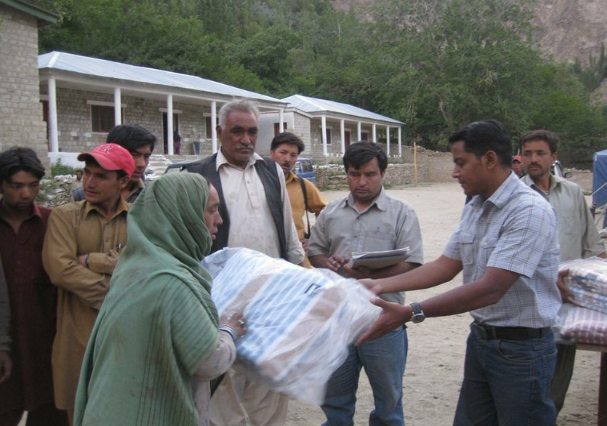 Baltistan is a remote and mountainous area with an unpredictable climate. Deforestation has taken its toll in the Hushe Valley and flash-floods occur regularly. Mud slides sweep away large parts of villages, destroying families, homes and crops. Survivors face a grim future without food for the winter. When this happens, the FFB mobilises to support the affected communities, not only providing emergency relief but also long-term support to rebuild homes and lives.

In 2010 a major mud-slide devastated parts of the village of Talis, the FFB provided tents, food and medical aid in the days after the disaster. A project to rebuild homes was begun, relocating families to safer areas away from the mountain river that divided the village. In 2011 a second, bigger, mud-slide hit the village destroying more houses and making 35 families homeless. Again, the FFB was the first organisation to reach the affected area and supply aid.

Follow the links below to read more about the emergency support provided by the FFB: