The Second Conference on Impetus for Edification (CIE-2016)

The 2nd Annual Educational Conference on Impetus for Edification-2016 (CIE-2016) was held to inflate, provoke, arouse and measure young people's aspirations for the near future of Hushe Valley...

The Second Conference on Impetus for Edification (CIE-2016) 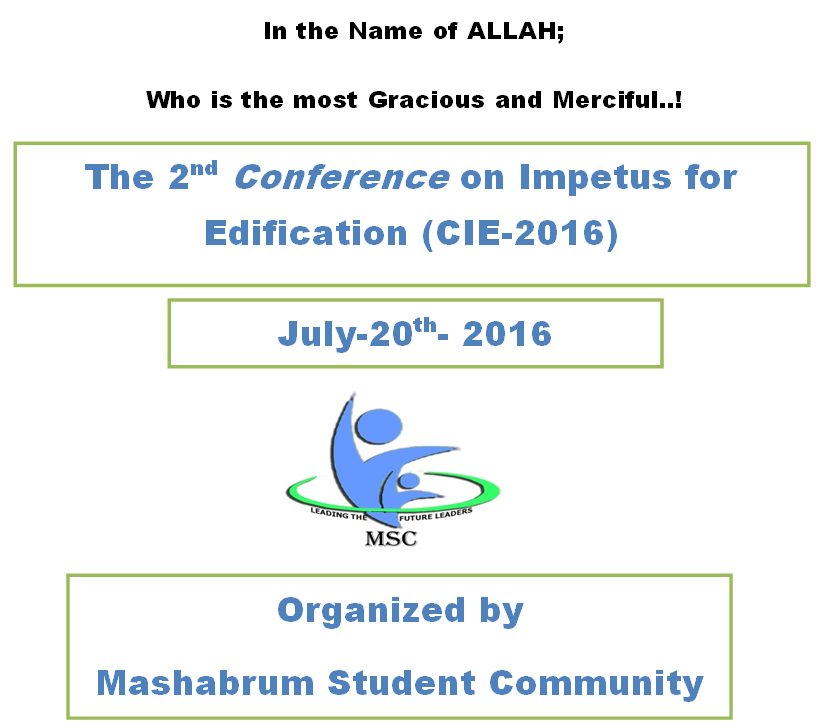 "The 2nd Annual Educational Conference on Impetus for Edification-2016" (CIE-2016) tried to inflate, provoke, arouse and ascertain the youthï¿½s aspirations and flairs for the near future of Hushe Valley. This one day congress has offered a wonderful opportunity to gain knowledge, exchange gens, notions, network to share experience between the graduates of the community and also lust and prophecy to design a road map to improve quality education in the region.

To educate the Hushe Valley

The platform was used to seek improvement and equal access to education for both males and females in the Hushe Valley.


Objectives of the conference

The conference was directly related to the educational development of the Valley with the following objectives;


The conference was started with the recitation of Holy Quran by Furqan Ali, Student of Munawar Public School. Naat was recited by Iftikhar Mehdi of MPS and Hamd was recited by Musa Ali, a student of Mashabrum Public School, Hushe. The entire conference was compered by three girls and two boys:
Later, the chief organizer of the conference, Mr. Kamal, presented a detailed welcome note, welcoming the guests and thanking both them and the participants for giving up their precious time. He further summarised the reasons why our society prevents girls from entering higher education while boys have free access.

Subsequently, the General Secretary of the Mashabrum Student Community, Mr. Rustam Ali, presented the MSC's mission and objectives along with a thank-you note to the Felix Foundation and the other sponsors. He further elaborated the need and importance of community participation with the Felix Foundation to generate educational revolution in this region. He described the significant role of the Baltistan Fundazioa and its outstanding effort to promote socio-economic development in the valley. He, on behalf of the MSC, thanked the Spanish and Basque people who are doing their level best to help the people of this region.

Later, Shamshair Ali, the General Coordinator, expressed his precious views about the importance of education and the necessity for revolutionary changes in the region. He further elaborated the role of the FFB and BF in the Hushe Valley in different areas of interest with the slogan of "An Educated & Skillful Hushe Valley". The audience showed their appreciation with huge applause and thanked the entire team from the FFB and BF for their enormous support in Health and Education.

The following objectives were presented by each guest scholar to the assembled conference:

Motivating the people towards higher education

Prof. Dr. Zakir presented this topic in very impressive way. He gave several real life examples of women who struggled and did their best just to get education. He himself belongs to the Hushe Valley region of Khaney amd presented his own life as an example of one which was full of early struggles and the gradual opportunities offered to him.

The speaker elaborated the importance of education and the quality of education. He compared the lives of an educated boy and girl with several Islamic examples, reciting several verses from Holy Quran and Hadith. His speech highlighted the need for quality education up to 16 years of age for both girls and boys. He stressed to the parents that they must provide quality education to their girls as well.


(2) Quality of education for girls

Doctor Naeem presented a speech on the topic of quality education for girls in a very dynamic way. He elaborated the medical point of view, pointing out the benefits of fitness, nutrition, exercise, disease prevention and cleanliness to girls living in the Hushe Valley. He further thanked the Felix Foundation Baltistan and the Mashabrum Student Community for such an outstanding effort in making a comfortable platform for future leaders.

Provide fuel to motivate the desire for higher education, especially for girls

Mr. Rassol presented a speech dedicated to girls' education. He insisted that girls should not accept early marriage proposals which would pull them down with a jerk. He pointed out that Islam says that girls should have one part of the property while boys have two part, but that you, the girls of Hushe Valley, should say to your parents; I don't need any right to your property, just give me a free hand to study as much as I can.

He enlightened and motivated all the girl students of the Valley with various real life examples, success stories, histories and an explanation of the Islamic point of view about education for girls.

Design an umbrella structure for review and coordination of youth interaction

It is with pride that we can write that approximately 94% of the participants at the conference were students from all over the Valley from Saling to Hushe. It was a great success for the Mashabrum Student Community that two-thirds of their representatives were girl students. This was significant since a two-thirds majority of the other participants were male parents with boys students. The attending parents very much appreciated the efforts of the youth leaders and they admired the entire team effort and the coordination of the institutions.

The MSC representatives of the villages were called to the stage to receive information booklets about universities, courses, seats, scholarships, admission processes and diploma institutions along with the address of one MSC ambassador in each university. 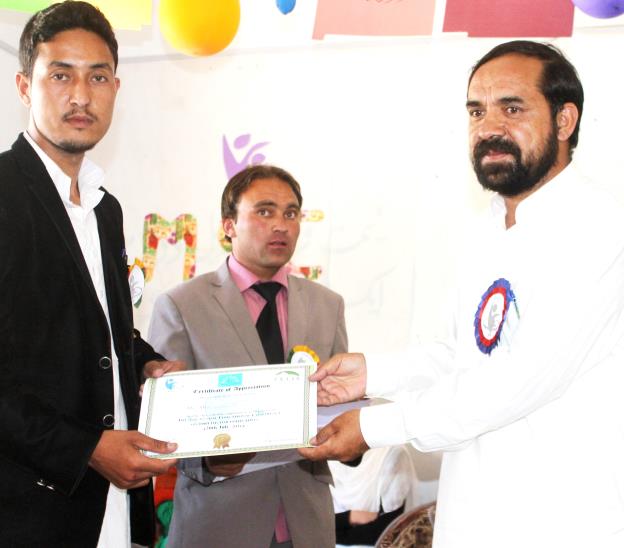 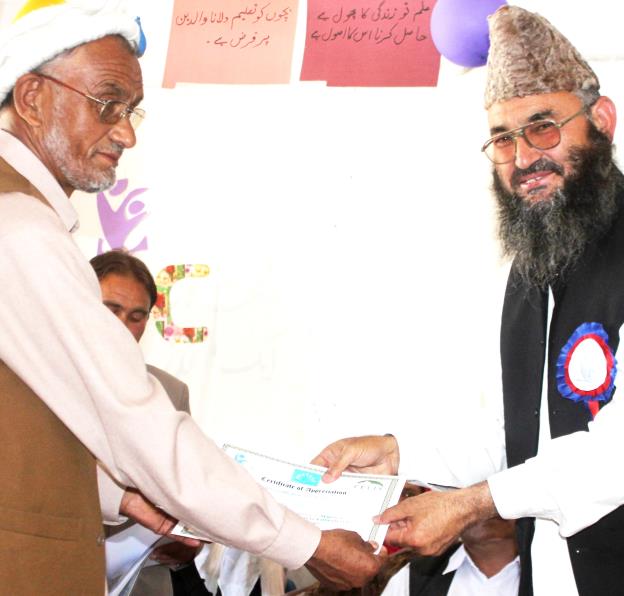 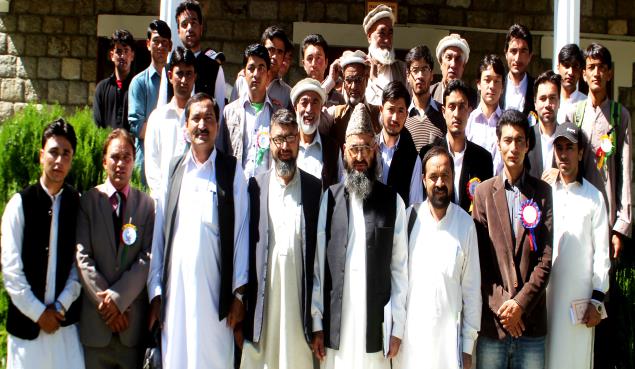 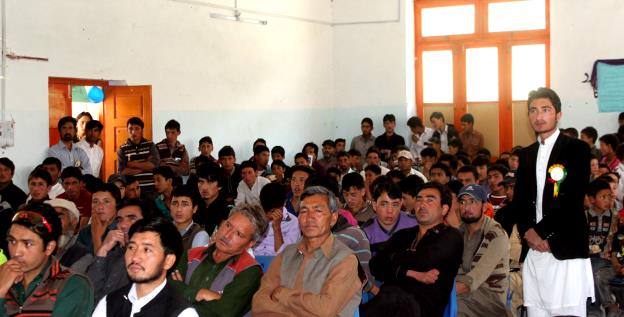 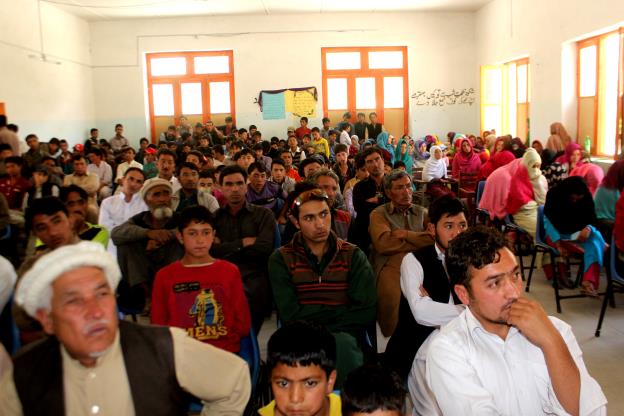 At the end of the conference, the entire audience gave a standing ovation to the national anthem as the sessions came to an end.